We recently installed a new catch basin near the first tee.  The old culvert had eroded to the point where it was no longer safe and was causing sink holes to form. 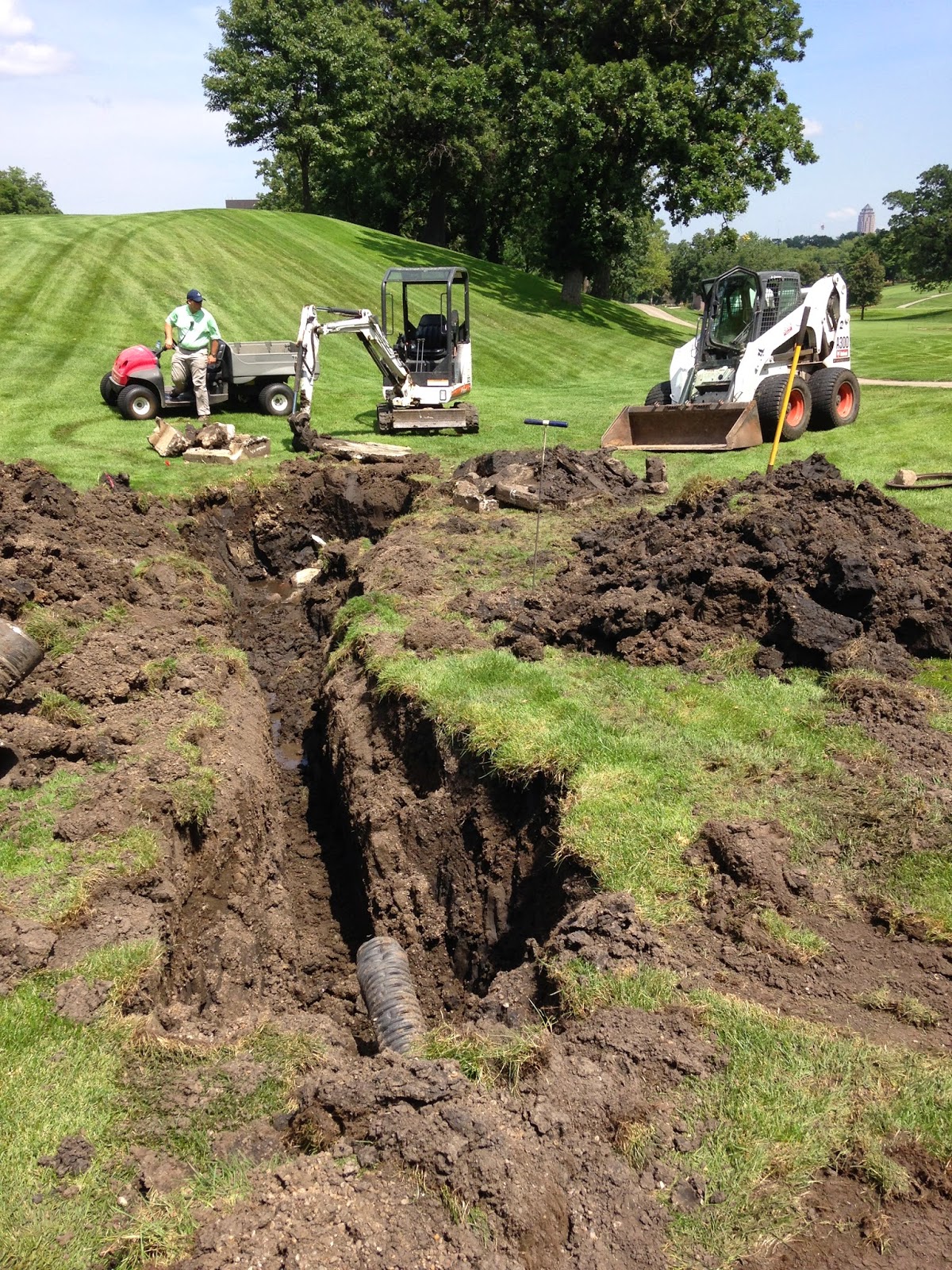 While we had an excavator we decided to replace several sections of old clay drain tile which were failing and also causing sink holes. 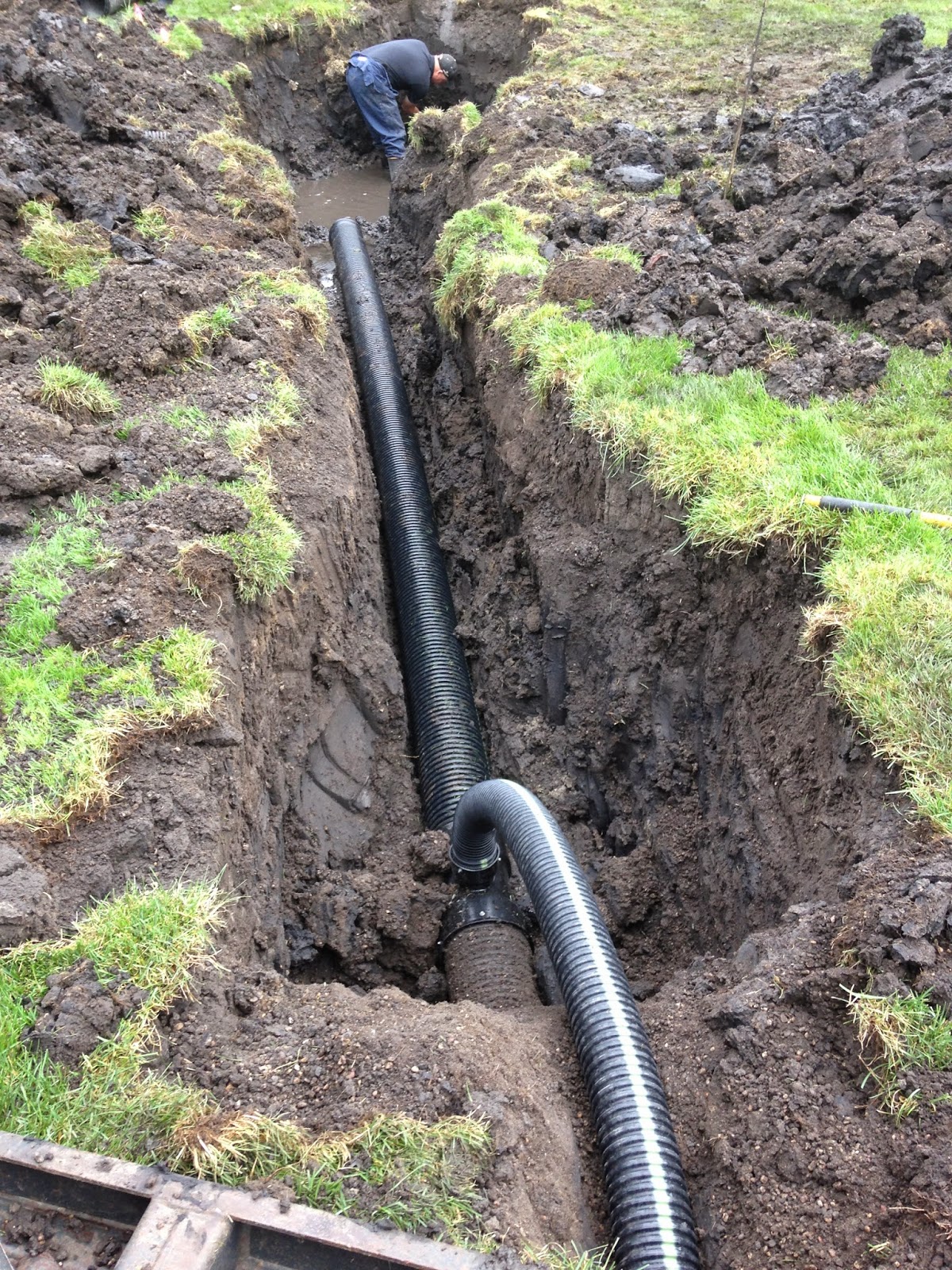 In total, we combined three different pipes into the main which flows beneath the first fairway. 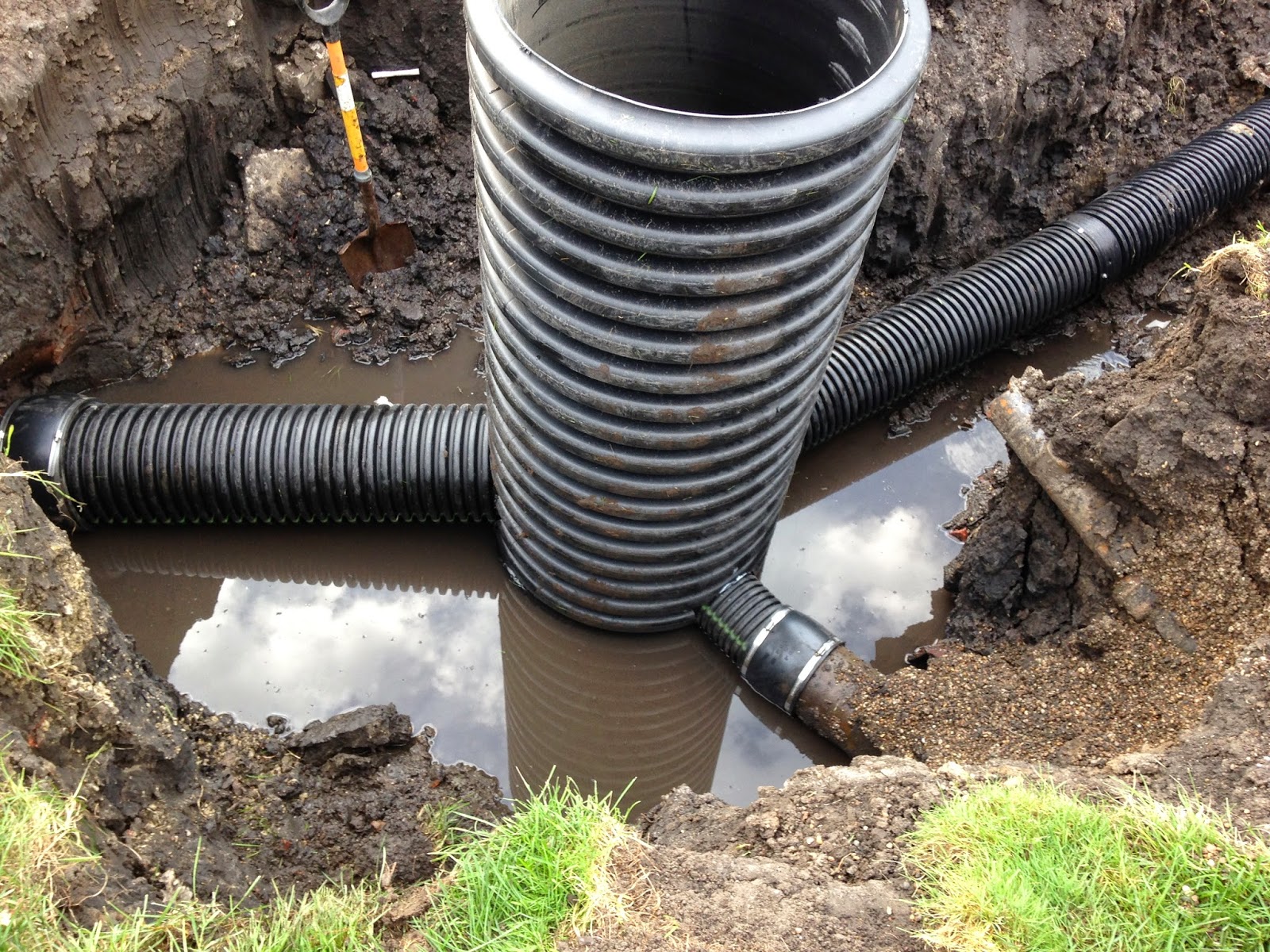 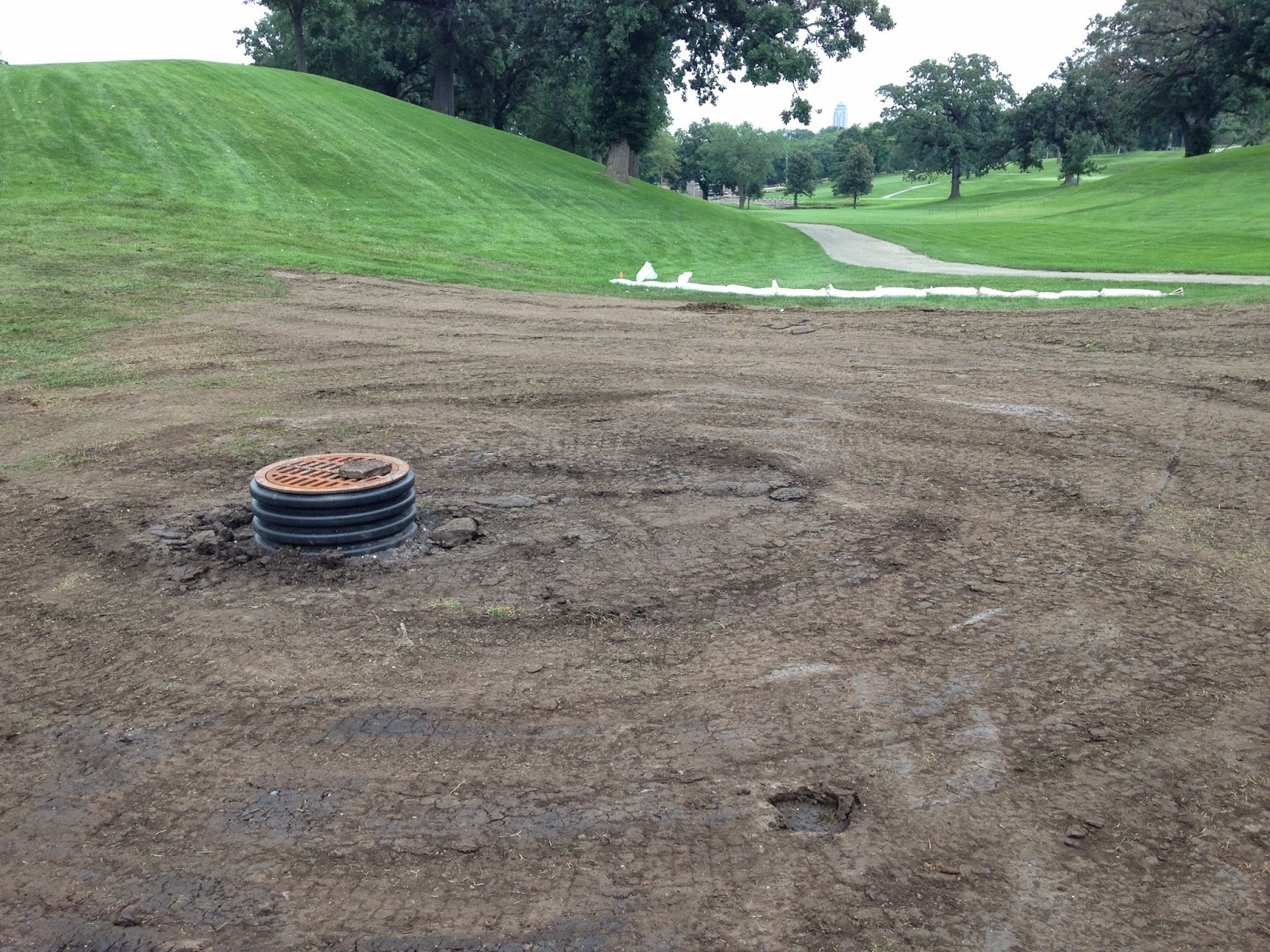 Finally, we built a dam behind the drain to divert water into the catch basin.  This should help the first fairway dry more quickly following rain events. 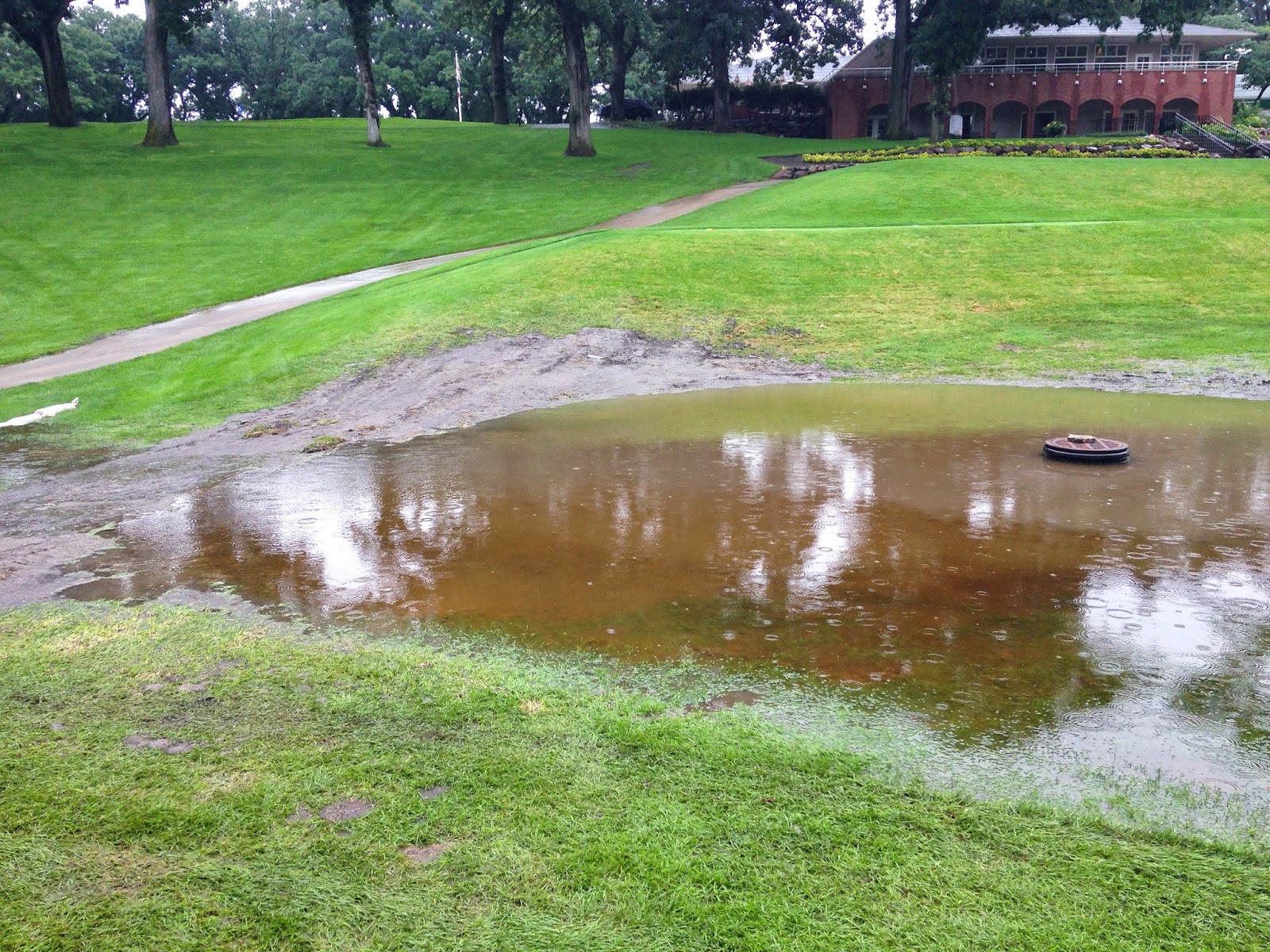 We left the catch high so we could evaluate our dam and identify the point of low elevation.  Today we pumped out the pond which had formed and cut the drain pipe lower to allow water into the pipe rather than over the dam.  Once we have sodded the area we will set the basin at ground level to prevent future ponding.
Posted by Jim Sedrel at 11:18 AM